Cytomegalovirus (CMV) infection is a condition that can affect the respiratory tract. Cytomegalovirus is a member of the Herpes virus family and is sometimes also called Human Herpes Virus 5 (HHV-5).

In people who have a healthy immune system (this is called immunocompetent), CMV infection does not usually lead to any symptoms. In some cases, the affected person may be feverish and feel unwell for only a short period of time, or have mild symptoms such as fever, fatigue or tender lymph nodes. However, people with weakened immune systems, such as people who are HIV-positive or who are undergoing immunosuppressive treatment because of organ transplants, may become quite ill when infected with cytomegalovirus. Additionally, if a pregnant person is infected with CMV while pregnant, the baby may be affected. This can be particularly serious in newborn babies, as detailed below.

The virus can spread through blood, saliva, or sexual contact. It can also spread through mucus from the cervix, the part connecting the womb to the vagina, and breast milk. People who have been affected may continue to shed the virus in their feces, saliva, and urine after infection.[1]

Generally, a cytomegalovirus infection heals on its own within 4-6 weeks, although people with weakened immune systems may need treatment with antiviral drugs to prevent long-term complications.

Pregnant women who may have CMV, or mothers of newborns who may have been infected with CMV during pregnancy, should have both themselves and their babies checked for CMV infection, as it can have long-term serious effects on the baby. If the mother tests negative for CMV, though, there is no need to test the baby as well. CMV tests are not a standard part of prenatal care in all countries, and the tests may have to be specially arranged. In cases where a CMV infection is suspected to have happened, the doctor will request a blood test to check for CMV.

Cytomegalovirus infection is very common. Almost everyone will be infected with cytomegalovirus at some point in their life, usually as a child, though it is possible to contract the virus first time as an adult. It is estimated that between 60 and 90 percent of all adults have had CMV at some time in their lives.[1] It is ordinarily mild and seldom causes symptoms. However, in some cases, the effects of CMV infection can be serious and will need treatment. This is particularly true among people who have weakened immune systems and newborn babies who were infected before birth and show symptoms and who have a low birth weight or were born prematurely.[2]

There is some evidence that CMV infection can have long-term health effects in some people who are chronically infected. These include:[3]

The virus remains in the body after infection and may reactivate in the future if the immune system becomes weakened. People with serious medical conditions, e.g. HIV/AIDS or leukemia, or who take medication that causes the immune system to become weak, e.g. after an organ transplant, are at risk of a recurrence of the virus and may develop severe symptoms.

Pregnant women who haven’t been infected with CMV before pregnancy are at risk of passing it on to their unborn child if they get infected during pregnancy. CMV infection is one of the most common congenital (acquired before birth) infections in the developed world and, although most cases are symptomless, it can be quite severe and even fatal if not treated promptly.[4][3] There is also a possibility of complications during pregnancy and, furthermore, there is a possibility of consequences for the baby’s development in the womb.

The virus can cross the placenta during pregnancy or delivery or may be passed on to the baby through breast milk.[4] CMV infection can also occur if the baby receives a blood transfusion from a donor who is CMV-positive.

CMV infection is usually mild, and most people experience no symptoms. However, in some cases, symptoms appear even in healthy people. Symptoms of CMV infection in adults with compromised immune systems can be easily confused with mild presentations of other conditions. Therefore, the infection is often quite serious for people who have weakened immune systems and requires medical treatment.

CMV infection in people who have healthy immune systems

CMV infection among healthy adults and adolescents is usually spread by person-to-person contact and often causes no symptoms.[1] However, it can sometimes strongly resemble Epstein-Barr mononucleosis. In such cases, symptoms may include:[5]

Fever
Malaise, tiredness, and a general feeling of unwellness
Muscle and joint pain

Rarely, complications may arise. These include:[1]

The severity of the symptoms of CMV infection experienced by people who are immunocompromised can vary, depending on how suppressed or damaged their immune systems are.[3] The infection causing the symptoms may be a primary infection, i.e. the first CMV infection that person has had or the reactivation of a previous infection.[3] Sometimes, it can also be a combination of the two, as there are various strains of CMV.

Immunocompromised people who are particularly vulnerable to CMV include:[1][3]

Transplant recipients are vulnerable both before and after they receive the transplanted organ, because of the treatment they receive to prevent their bodies from rejecting the new organ.

Symptoms of CMV infection in people who are immunocompromised can include:[1][5]

CMV and retinitis in HIV-positive people

The symptoms of CMV-related retinitis in people living with HIV and AIDS include:[5][6]

The affected person usually notices vision loss on one side first, but it will progress to both sides.

Symptoms of CMV-related upset in the upper and lower GI tract include:[1][3]

CMV infection can cause severe symptoms and life-threatening conditions in young babies. Only about one in 10 cases are symptomatic. The most severe form of CMV infection in infants is known as Cytomegalic Inclusion Disease (CID) or congenital CMV, where the fetus is affected during pregnancy.][7][8]. The mother may miscarry [4] and in some cases of CID, the affected newborn does not survive despite medical treatment.

Good to know: If parents are concerned that their baby may have a CMV infection, they can request a test.

Signs that an infant may have acquired congenital CMV infection in the womb include:[4][3]

Children affected by Cytomegalic Inclusion Disease are at high risk of developing complications such as hearing loss and developmental delays and learning difficulties.[4][7] Hearing loss is the most common consequence of CID, symptomatic or asymptomatic. Seizures and blindness may also occur.[7]

Acquired infection with CMV, which occurs when the baby is infected perinatally at birth or postnatally by breast milk, is less serious and is more likely to be symptomless in otherwise healthy newborns. However, in newborns who are premature or sick with another disorder, it may cause:[7]

PCR (polymerase chain reaction) tests are the fastest method of determining whether someone has CMV.[5] PCR tests can be done with tissue, urine, saliva, or blood. In some cases, viral culture tests can look for the presence of CMV itself in the blood or other bodily fluids.

In most cases, mothers who contract CMV during pregnancy will be asymptomatic and, as a result, CMV infection of the infant is generally diagnosed in routine ultrasounds during pregnancy. Occasionally, an amniocentesis may be ordered to confirm results. If the baby in the womb seems to be smaller than average, amniocentesis may be performed in order to get a sample of amniotic fluid. The amniotic fluid is then tested for the virus using a PCR or viral culture. If the result is positive, another ultrasound test will be done to determine how affected the fetus is.[8]

Good to know: If a pregnant woman develops mononucleosis-like symptoms, they should go to the doctor as soon as possible, as this may be a sign that they have a CMV infection. Doctors can also test pregnant women for CMV antibodies to find out if they have already had CMV infection.[9]

In newborn babies, CMV infection is diagnosed by viral culture or PCR done with urine, saliva or tissue.[8] CMV screening is not currently a standard part of newborn testing in all regions, unless the infant fails the newborn hearing test, but can be requested.[10]

People with healthy immune systems generally do not require any treatment for cytomegalovirus infection. However, over-the-counter painkillers may be useful for muscle aches.

People with weakened immune systems often need antiviral medications to help fight the virus, reduce the severity of the symptoms and decrease the likelihood of complications.

Treatment of symptomatic cases in immunocompromised people and newborns is usually undertaken with antiviral drugs, including:[5]

Ganciclovir implants in the eye may be used to stop the progression of retinitis. Ganciclovir and valganciclovir are not usually used to treat CMV in infants due to their toxicity, which can cause liver and kidney damage.[4]

Good to know: Antivirals such as ganciclovir is useful in treating CMV infection in the mother, but will not prevent or cure CMV infection of the unborn fetus.[8]

Infants with CMV infection are typically treated with ganciclovir or valganciclovir, which can help reduce hearing loss and improve developmental outcomes. Treatment also cuts down on the amount of virus that the baby sheds.[8]

Pregnant women with CMV infection may be treated with hyperimmune globulin, which can prevent the virus from being passed on to the fetus.[9] Hyperimmune globulin treatment can also be used prophylactically if the mother does not have CMV infection but may contract it, for example, if they are in regular contact with small children.[8]

There is currently no vaccine for cytomegalovirus. However, taking the following steps may help to prevent infection:

These precautions are especially important for pregnant women.

People who work in daycare centers, kindergartens, or primary schools are at particular risk of infection and should be careful to maintain good hand hygiene, especially if their duties include changing diapers, potty training, and/or coming into contact with sick or coughing children.[10] This is particularly important for pregnant women who are not immune to CMV or have never had CMV.

Some people, who are scheduled to undergo or have recently received organ transplants, will be put onto a prophylactic course of antivirals to avoid CMV, such as intravenous ganciclovir or oral valganciclovir.[5]

Organ donors and recipients alike should be tested for CMV before a transplant occurs. In some cases, transplant recipients may benefit from a reduction in immunosuppressive therapy while their CMV is being treated, to allow their immune systems to combat the CMV, with their viral load closely monitored.[5]

There is some evidence that taking oral ganciclovir can have a protective effect against retinitis in HIV-positive people. However, once retinitis has occurred, the vision lost cannot be recovered. People living with HIV should consult their physicians about whether they can take oral ganciclovir, when they should start, and how long they might need to take it for.

Other names for cytomegalovirus infection

The condition is also known as:[7] 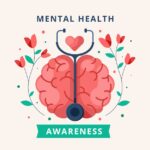